Buy any of these tickets to get into this great event!

What is the sweet spot between “If your not nervous, your no damn good,” (Helen Hayes, grande dame of twentieth century American Theatre) and the terror that can destroy a performance? Do you enjoy performing, but find it terrifying? Convinced that you are at your worst in front of an audience and/or at an audition?

We’ll explore our fears about performing and learn techniques to overcome them. Performance is a special kind of sharing, of communicating. It can bring deep satisfaction when it goes well, and agony when it doesn’t.

We will explore breath, breathing and centering techniques that will help you be your best in any situation.  Have a specific problem or something that just never seems to go tight when you do it?  Bring it, time permitting, you will have the opportunity to work on it as we discover how to make performance a wonderful, joyful experience.

About the Teacher - Anabel G

Anabel began performing professionally in 1960, and since then has acted and sung in night clubs, theatres, festivals and museums. Anabel is currently one half of The Proper Ladies, and their alter egos, The Bawdy Ladies. She, along with two friends, created the original Bawdy Ladies' Book cassette in the 1980's.

She is an accomplished actress, with many theatrical and TV credits. Anabel appeared as Mrs. Merriman in the award winning HBO mini series, Olive Kitteridge, played Ruth in Island Zero, and is features as Phyliss in Free Guy, currently playing in theatres.  In 2022 she will be seen on Netflix in The Mothership, a sci-fi film starring Halle Berry.

She has devoted much of her life to the study of voice and was a Fulbright scholar in the 80's, studying vocal techniques in Bulgaria. 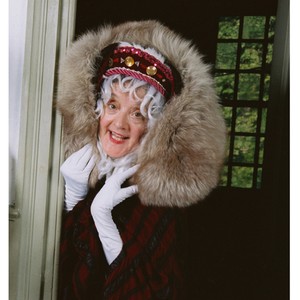