Nerdlesque is here to stay, but we still need to convince fans and audience members that we are doing justice to their fandom and are still burlesque artists and not fans copying costumes. Join in a discussion about audience perception, expectations, and artistic prerogatives.   Panel

About the Moderator - Scarlett Letter

Scarlett Letter has been dazzling the world since 2004 and stunning them even longer. A long time fixture of the Los Angeles Burlesque scene, Scarlett has graced stages across North America and Europe and has won several awards along the way. Also a costumer and producer, Scarlett is known for a dark cold beauty reminiscent of Hollywood Noir and the classic Hitchock heroine.

"With 4 feet of red hair and miles of bad intentions" 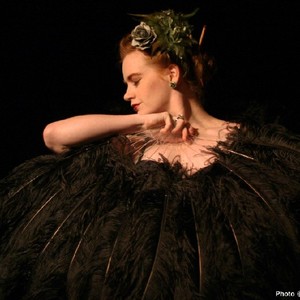 About the Panelist - Blaze

Blaze is the fiery redhead from Dallas known as ‘The Red Rose of Texas’! An international award winning performer and costume designer, she’s garnered accolades such as 'Most Classic', E'Biggest Tease' and several crowns including 2014’s 'Evil Queen of Burlesque'. She is the master seamstress behind the dazzling costumes of www.RedRoseRegalia.com which are worn and coveted by performers all over the world. A proud US Army Military Police Veteran, she has long been a fan of pin up history and is now an accomplished model herself with her photographs on the covers and pages of Bachelor Pad, Pin Curl Magazine, Delicious Dolls and more. 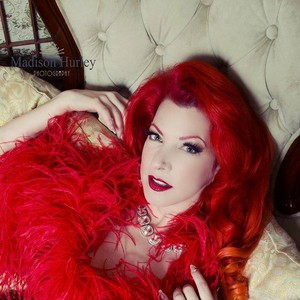 About the Panelist - Kevlar B. Lightning

The Curvy Cutie with a Bulletproof Booty Chicago based burlesque and variety performer, this lightly alternative lady is a theme queen known to stop audiences in their tracks with her bulletproof booty. She creates heavily themed burlesque acts with variety elements through work as Production Manager of Dramageddon Arts in Chicago. Whether it is scary, nerdy, sassy or on fire, her style mashup will be sure to shock you. When you hear thunder it can only be, Kevlar Bitch, LIGHTNING 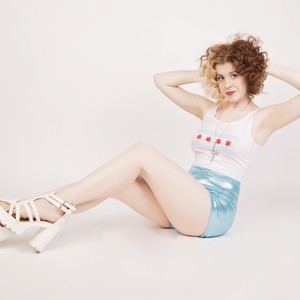 About the Panelist - May Hemmer

May is known as "The Sassiest Thing in New Orleans" and has been dubbed the "Cocoa Barbie" by Vita DeVoid of Florida. This lady has a larger than life personality and has been gracing the stages with nerdlesque, neo burlesque, and much more since 2011. A member of the Storyville Starlettes and The Bluestockings, she performs regularly at Burlesque Ballroom,Big Deal Burlesque, and many more independent shows and private events around NOLA. With that said, May has started her own production by the name of Haus of MayHem that has traveled to Jackson, MS and will soon have a base in New Orleans. She has also begun a monthly production called Bohemian Burlesque at United Bakery Gallery which is the last Thursday of every month in NOLA. Her solo debut has included performances at the Southern Fried Burlesque Festival, Arizona Burlesque Festival, Great Southern Exposure, and many other productions for the troupe BurlEscapades in Phoenix, AZ. She was recognized in 2015, as the Master of Tassels in the Louisiana Regional Burlypicks and is both the 2016 Shimmy Showdown Siobhan Atomica Brown Noser and Jeez Loueez Boo Bitch Bye award winner. 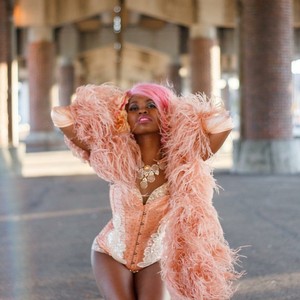 About the Panelist - Phaedra Black

Phaedra Black is a villainous seductress best known for her perilous contour hailing from Chicago. She formerly appeared on the Gorilla Tango Burlesque, and can regularly be seen performing at Ties 'n Tassels and Festival of Flesh. She is also a founding member and producer for Chicago's newest burlesque troupe The Better Boobie Bureau. 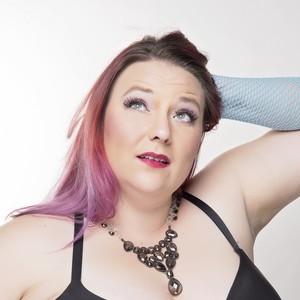